A couple of weeks ago I went to my second meet with the Indiana Falconry Association.  I was told it was often the best because it was the last of the season and the food was “to die for” (I kept hearing things about bean soup).  The last meet I photographed was held at a church and it was pretty funny seeing raptors and their owners hanging out in a sanctuary hall.  But this meet in Terre Haute, Indiana proved to be just as interesting.  I pulled up to the address I was given and there they were, hanging out with their birds near storage units at “Don Garvin’s U-Store-It”.  Unsurprisingly, there was Don, stirring a huge pot of bean soup.  The soup and the corn bread were amazing but the best part was going on an actual hunt with two teenage sisters and their red- tailed hawks.  Although the demograhics are changing, falconers are usually male and middle-aged.

Stephanie and Caroline Thomson have been hunting with their hawks “Drea” and “Criere” for about 3 years and this was going to be one of their last hunts before letting them fly free.  It was unseasonable warm for late February (60 degrees) but the light was great.   I was warned by many of the other falconers that the warm day made the birds “lazy”.  One guy said, “They’re like a bunch of teenagers in love right now and the warmth produces hormones that make them want to hang out on the tree and look for a mate, not food.”

Caroline was up first with Drea and we headed into a small field on the border of suburbia and farmland.  It was amazing to see this 17 year-old direct the hunt and make her own decisions with just the counsel of the other members who came along to help ( made up of of mostly men).  After Caroline let Drea go, the hawk flew up to a branch and the crew began whaking the bushes to scare up rabbits.   I followed Caroline and was glad that her younger sister told me to take off my fuzzy winter hat.  She said, “If you want to keep that hat, you better leave it, or you’re gonna give it up to Terre Haute.”   I found out what this meant after being impaled and hung up by numerous thorn bushes.  Rabbits were plentiful, but Drea did just as the other falconers predicted and she sat in the tree while Caroline attempted to coax her down with fake and dead prey.   We were all instructed to leave after about an hour so Caroline could work with the bird alone.

One man said something like, ” That’s the way it goes – sometimes you get nothin’.”   I wasn’t disappointed, the whole thing was fascinating and I was kind of glad that a rabbit was spared that day.  Just before I was getting ready to leave I heard Stephanie talking about her bird Criere.  She said,  ” I’m not a very emotional person, but I’m going to have a tough time letting him go.” 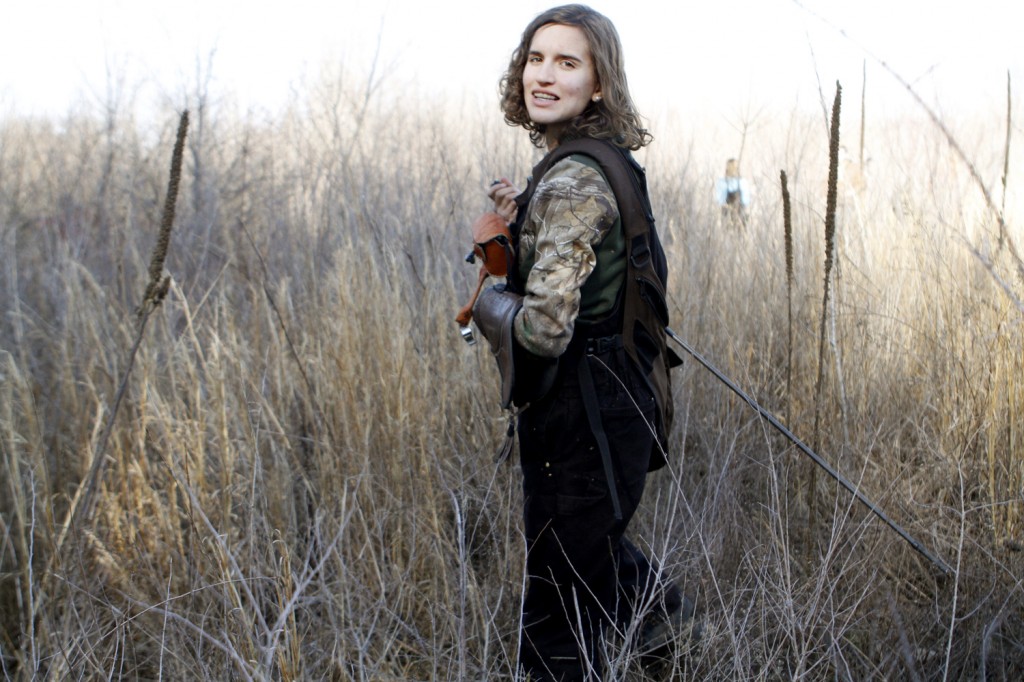 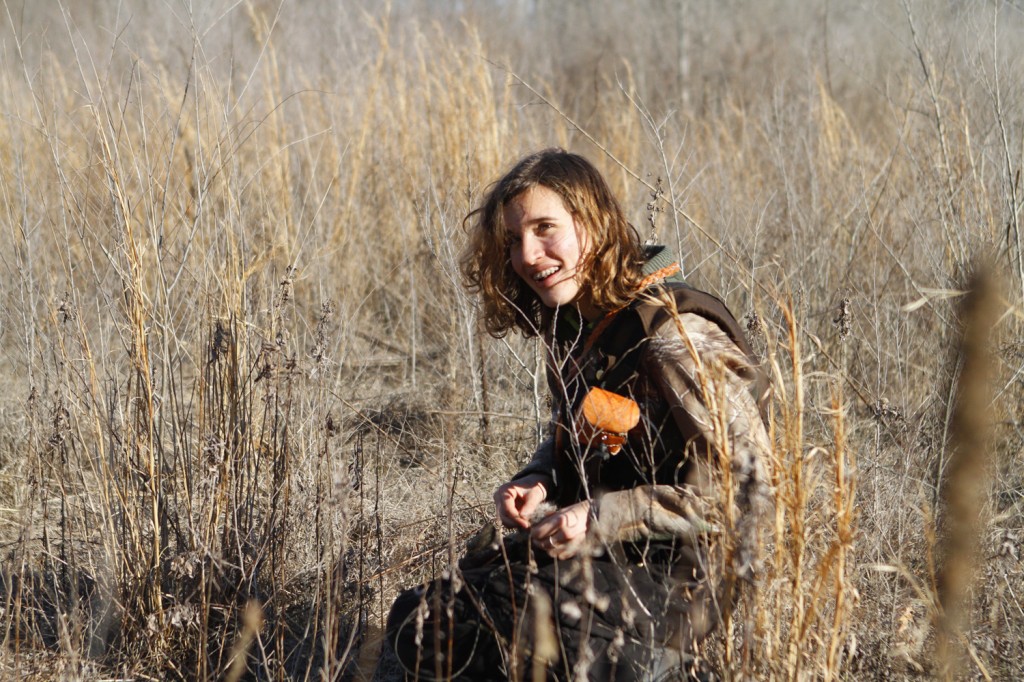 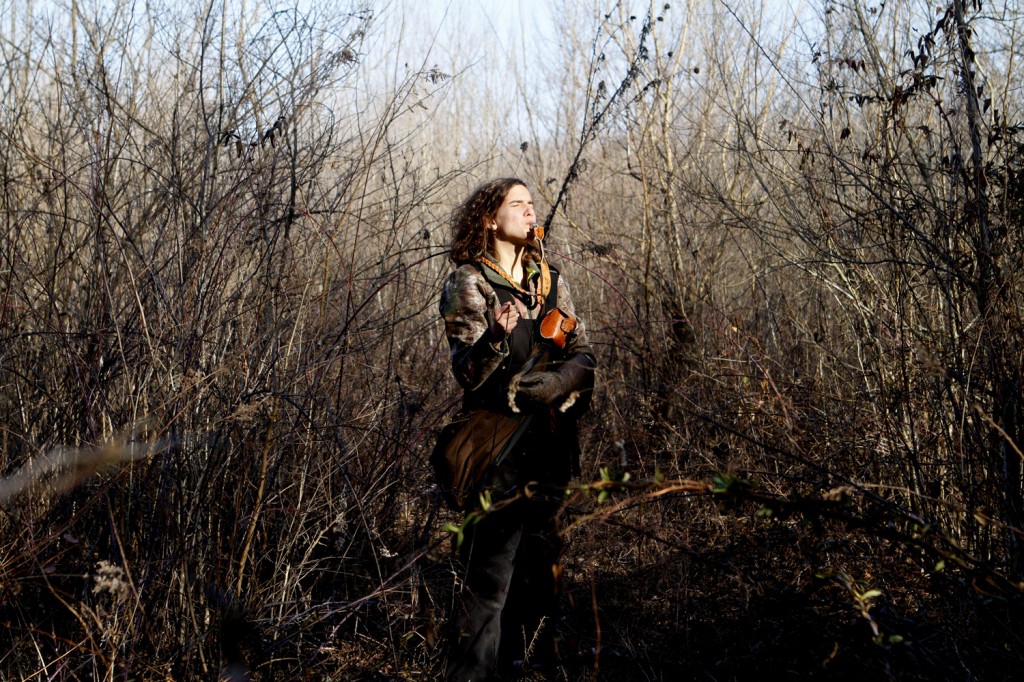 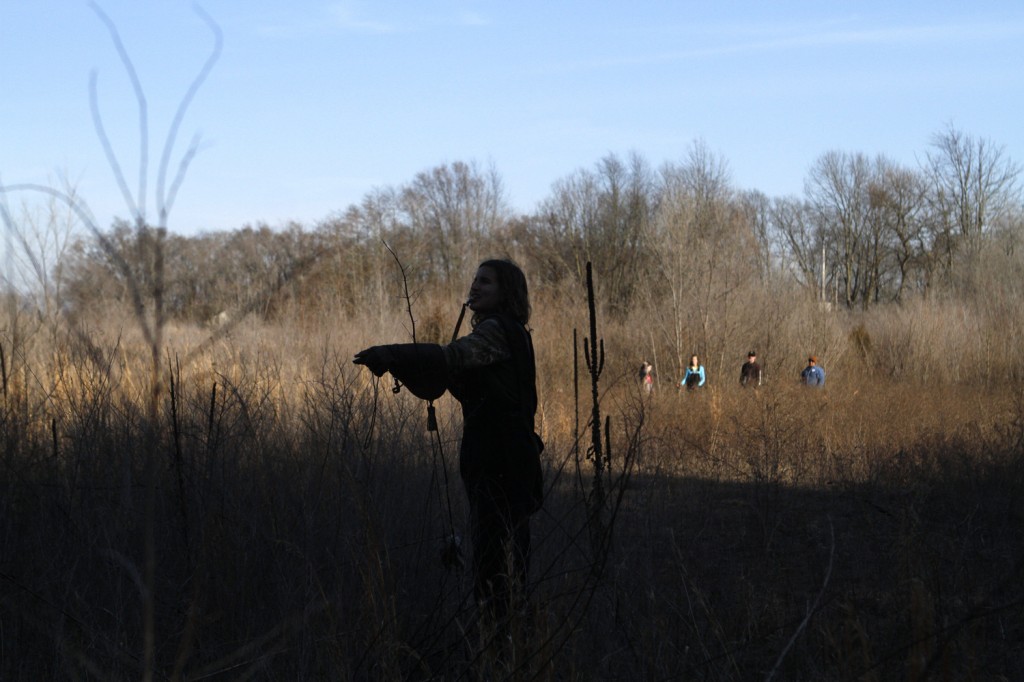 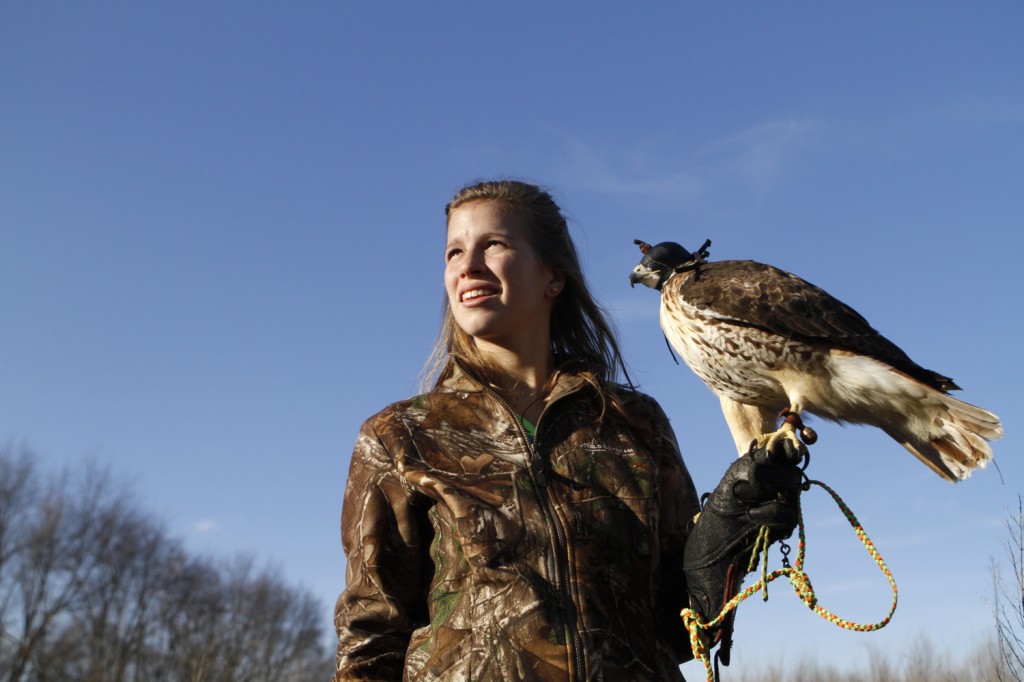 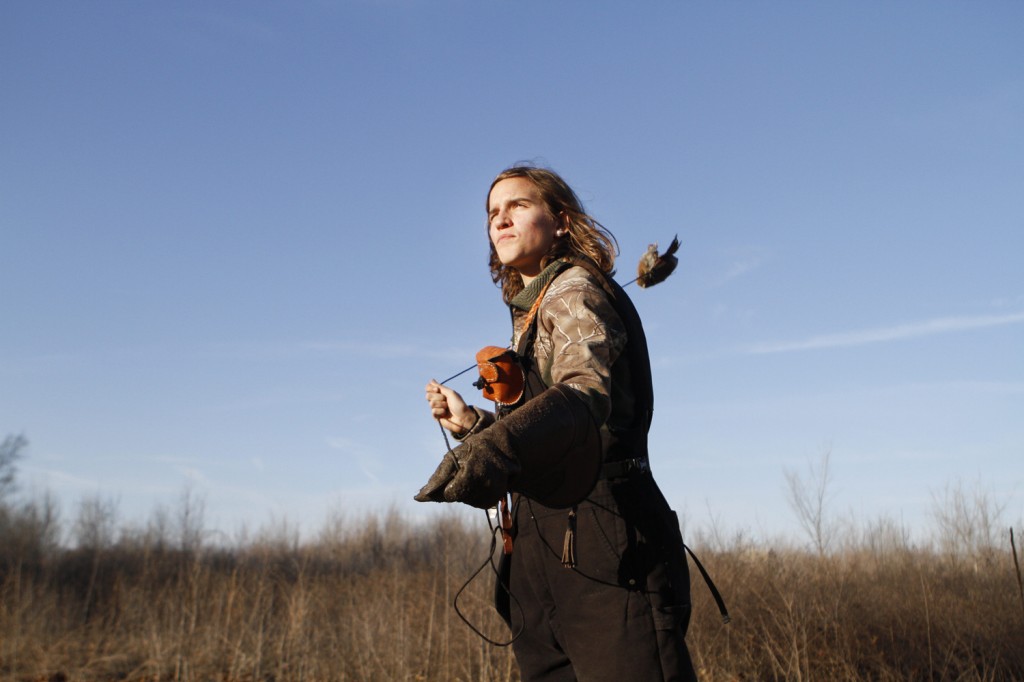